Historically, international trade has been one of the main drivers of the economic cycle. Sadly, because of the recent tariffs’ wars, there have been significant slowdowns in this area.

We discuss these trends with Davide Buccheri, and financial markets expert, with years of experience at M&G Investments in London to try to understand what they might imply for the future. 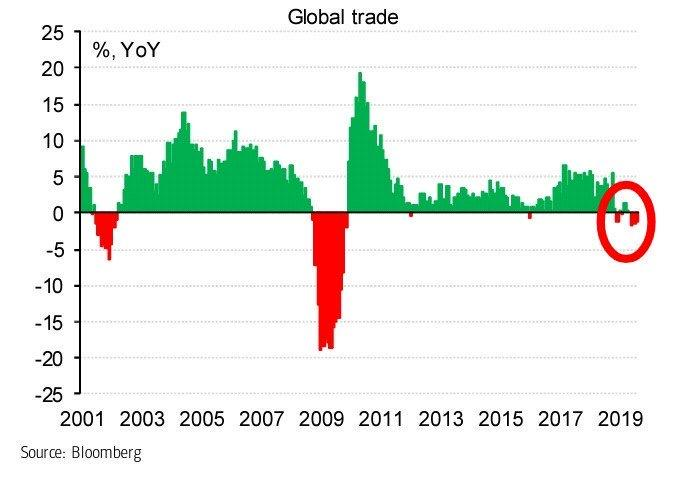 According to Davide Buccheri, international trade has become more and more important in the last 20 years. “The best performing companies on the stock markets are those with a significant share of international exposure, with a substantial portion of sales in foreign markets.”

“The most direct consequence of this is that these firms become more susceptible to the different international economic cycles, in addition to the domestic one. I’ve also some doubts as to whether any diversification benefits actually exist. Certainly, a company entirely focused on its domestic market will face the full strength of the business cycle. However, a firm with a significant international exposure will be exposed to every single economic cycle. This means that, when a recession hits any of the countries to which the firm exports, its sales would fall considerably, also hitting its stock valuation.”

“This risk has become apparent in the last few months because of the tariffs’ war started by the United States. The American economy is still very solid, but the consequences of these foreign policies are starting to rear their heads, especially in European markets. This implies that companies which are more focused on the domestic American market will find themselves in a stronger position, as they won’t need to manage the fall in foreign sales. This is further reinforced by the protectionist measures adopted by the American administration, which have effectively reduced competition from foreign exporters.”

“It is an interesting situation anyway, mostly because the last two times we observed a slowdown such as this one in international trade we then experienced two recessions: the dotcom bubble at the start of the millennium and the financial crisis in 2007. There are obvious reasons to think that this time things will evolve similarly. Personally, I don’t think this will be the case this time round, at least not for the United States. Their economy is very strong at the moment, as I mentioned previously.”

“The situation is a bit more worrisome for Europe, as the German economy is very dependent on their American partners to export their products. This has certainly already had a significant effect on the German economy and it will be important to understand how widespread the contagion will be.